Content Migration: From an Old Site to a New One 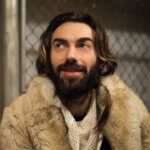 We recently tackled a web refresh project that required the migration of over 4,000 pieces of content, specifically blog posts, rich in SEO value. Maintaining that SEO value was a top client priority.

Here’s how we went about it.

First, some background. The existing site was actually just a WordPress blog with no pages, built on an off-the-shelf theme. The plan for the new site was for that blog to live within a fuller, more robust site, in a custom WordPress build.

After we conducted our initial evaluation of the existing site and its data structure, we mapped out our options.

We could first try the most straightforward content migration approach: an export/import tool. This would allow us to be selective and efficient—but only if the tool could handle the volume and complexity of the legacy content. If this approach worked, we would have saved a decent amount of hours that could be applied elsewhere.

The export/import tool buckled repeatedly under the sheer volume of content and 15 years worth of bloat.

But we had a Plan B.

We did a full clone of the existing site. Then we worked with the client to understand why certain decisions were made so that we could make better ones going forward. Take categorization for example. It’s easy for a blog’s category taxonomy to spiral out of control over 15 years, resulting in near duplicates, slight yet crucial misspellings and even misapplications. By understanding the client’s rationale for past decisions, we would be able to make improvements in the cloned version of the site.

So that’s what we did. We cleaned up categorization. We got rid of some of the older content that was either not seeing any traffic or irrelevant to where the business wanted to go. We agreed upon a content freeze (aka, a moment in time where the client would pause publishing). But most importantly, we nailed down an overall content data structure that was primed for our new build.

Did we lose some things? Yes. But there were no surprises. Take, for example, featured images. For the first few years of the existing site, authors never added featured images. But given that those posts were older and saw less traffic, we made the recommendation that they should all just have the same featured image.

The client was fine with that.

Ultimately, we launched the new site, with fully migrated (and improved) blog content, SEO intact. Speaking of SEO, the fact that we were moving from WordPress to WordPress made things a lot easier. Obviously, it’s not impossible to migrate content between two different CMS. In those instances, we typically create custom content mapping scripts that get the job done.

Nuts and bolts aside, our holistic approach to solving the content migration problem (and most problems) deserves some attention.

Philosophically, we take an agile, modular approach to development. And you can kind of think of it in “atomic” terms. We take really big challenges and break them down into their parts. Then we break those parts down into their parts. The idea is to get to the smallest, most reduced pieces and then start solving for those. As you do that, the pieces reassemble into bigger pieces, ultimately returning back to a better version of the really big thing.